The Celebrating Moms and Their Choices Series

What a great series! I am so happy to be a part of this Celebrating Moms and Their Choices discussion. It’s fascinating to me both personally as well as in my professional work as a career coach. I try to remember that the opportunity to choose itself is a true luxury, one that many mothers don’t have.

My story has taken a few twists and turns in the three and a half years since I first became a mom. When I had my son I left my full-time job and decided to stay home with him. Not permanently, but for however long I wanted that to be. I was so grateful for the opportunity to take a step back from 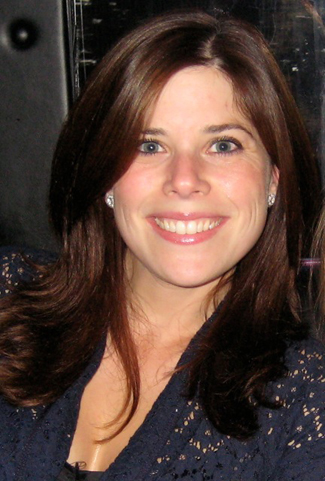 my career. My son and I play dated, visited every park and playground in San Francisco and made solid, lasting friendships for the both of us. After about a year or so, I started to not feel as happy as I imagined I would while not working and playing with my kid all day. It’s hard being a mom 100% of the time. Harder than I thought it would be. I missed being me and didn’t like always being mommy (mom-me).

In addition to losing sight of myself, I also missed the paycheck. While at home, I struggled with the lack of financial independence. Although my husband was very supportive and we had the financial means, I felt guilty spending money on myself in a way that I never would have questioned if I also had an income.

As I started to explore what “working” would mean for me, I was offered a temporary role at the law school where I had previously been the assistant director of career services. I secured childcare for my 1-year-old son (that was a job in and of itself!) and went back into the office for a few months. This role was a great segue back into the professional world for me and was much more family-friendly than my first career as an attorney. It was exhilarating to feel like myself again apart from my son. And to wear clothes not covered in spit up or food! Knowing that it was temporary made the return much easier and more enjoyable. When the job ended, I started volunteering for an organization that did professional development for at risk youth. I daydreamed about how I could create a career for myself helping others with their careers yet still maintain a flexible schedule so that I could still be with my son as much as I wanted. I began the information gathering process that I now counsel all my clients to do-I met with career counselors and coaches to learn about their practices. Finally, I sought out training to become a professional coach.

After hemming and hawing about whether people would pay me for the same advice that I had always given away for free, I just started my business and called myself a career coach about two years ago. From my first client, I felt like I had found my calling. It sounds so cliché but I really do love the work. Through volunteering with a local mother’s group, Golden Gate Mother’s Group, I started meeting more women like myself, professionals trying to figure out the right balance career-wise after having children. Pretty much every mother I’ve ever met grapples with this issue at one point or another. So many bright, capable women just need a little support and objectivity to get through, whether that means returning to work, leaning in, stepping back, etc. Most of my clients are mothers in this career transition phase.

I had my second son three months ago and started working when he was only six weeks old. I had planned on taking a few months off, but clients began contacting me right after the new year (wish I had thought a little more about that when getting pregnant in April). Although I could have put them off, I found that I wanted to help them. I craved that part of myself even when severely sleep deprived. For me, besides the fulfilling aspects of the work, I love having the freedom to create my own schedule. Now I feel as though I have the right balance as I can schedule clients part-time when I want to and not when I don’t. It’s all about finding what works for you and your family.

Elana Konstant, Esq. is a former lawyer who now works as a career coach/consultant with professionals going through a career transition.  The majority of Elana’s clients are mothers who are returning to work after a break or women trying to strike a balance between the demands of their careers and families. For more information, visit her web site, www.konstantchangecoaching.com, on Facebook at facebook.com/konstantchangecoaching, or on Twitter @konstantcoach.