A question I hear over and over is, “how do I know if my child needs speech therapy?” My first response is to determine if a speech and language assessment is indicated. Sometimes the answer is a resounding “yes”, at times it’s a clear “no” and often it’s a grey area of “it won’t hurt”. Sometimes there are questions about speech intelligibility (articulation), language use (expressive language) and/or comprehension (receptive language), fluency (stuttering). 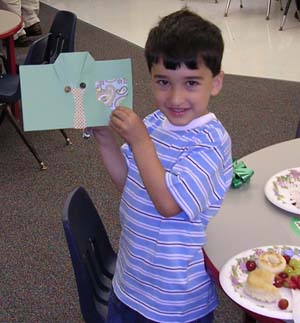 When talking with parents/caregivers to determine if an assessment is indicated there are several deciding factors taken into account. Some of these factors include, of course, what the child’s expressive (output) and receptive (comprehension) language is like. However, as important to consider are frustration, medical diagnosis, second or third languages, child’ personality, etc.

One of the very things I caution parents about is comparison to peers and friend’s children. Also, there is such a wide range of what is typical development and with late night internet searches it is easy to get misinformation.

In my experience, it’s around this time parents might start to wonder if their child is delayed. I hear over and over pediatricians offer advice such as “wait”, “he’s a boy”, “he’s the youngest”. While some of this information should be taken into account during an assessment it’s not the answer. One of the most important things to watch for during this time is change and progress.

For the young children we often look at communicative intent, is the child trying to communicate in some way. Is she pulling you, pointing, gesturing, shaking her head? Those are all examples of communication.

By 18-24 months, your child should use between 20-50 words consistently.  She might be combining two words together. Importantly, you child should be imitating words and actions.

She can usually identify more words than she can say. “NO” might be a favorite word and she can follow simple, routine directions.

Her speech will likely be a combination of unintelligible and clear words. Sounds that we expect for this age include: p,b,m,n,d,t,w,h. Speech at this age is often characterized by dropping the final consonant or weak syllable in the word.

For the two year old:

At this age it’s not easy to tell. There is a such a wide range of normal.

Just be sure your child’s speech is improving over time — by age 3 most of what your child says should be pretty understandable. However, if your child is talking very little, you should act more quickly. Rule out a hearing problem first.

Preschoolers continue to have difficulty with pronunciation.  Just be sure your preschooler’s speech is improving over time.  A general rule is that by age 3 your child should be 75% intelligible to unfamiliar listeners and by age four 90% intelligible.  Some tip-offs that she may not outgrow her pronunciation problems include drooling when she mispronounces words or difficulty eating or swallowing. In such cases, there may be a physical component to your preschooler’s difficulties, and she may need professional help.

However, if your child isn’t talking or is talking very little, you should act more quickly. Rule out a hearing problem first.

Jennifer Katz has worked in the field of communication disorders for over 15 years. Jennifer is part of a city-wide transdisciplinary team working to bring inclusion to preschools in San Francisco. In addition, she is a board member for the Autism Social Connection and Community Alliance for Special Education, and she is a founding Advisory Board Member for Gooseling, Inc. She has also served as an adjunct supervisor and lecturer at San Francisco State University. Jennifer’s web site is http://www.katzspeech.com.

3 thoughts on “I’m Worried about My Child’s Speech, Should I Be?”